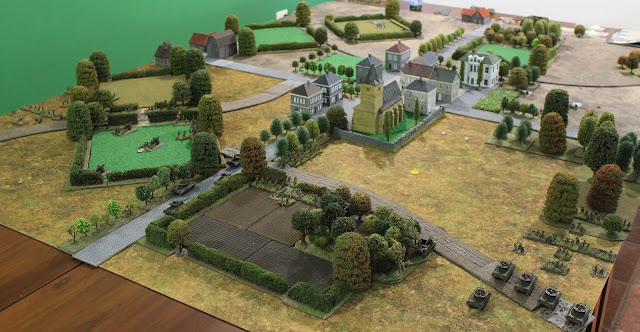 I would like to recreate the D-Day Campaign through Flames of War starting from the beach assaults right through to the closing of the Falaise Gap, playing all the Allied Armies depending on any particular battle that fascinates me. Logically I should have started off with the Beach scenarios, but my Beach terrain pack hasn't arrived yet! Hence we start with the afternoon of D-Day, as the the US 8th Infantry Regiment of the 4th Inf Div, having fought its way off UTAH beach, advances inland with the mission of linking up with the US Paratroops clustered around St-Mere- Eglise.

The 4th Infantry Division assaulted the northern coast of German-held France during the Normandy landings, landing at Utah Beach, 6 June 1944. The 8th Infantry Regiment of the 4th Infantry Division claimed being the first surface-borne Allied unit (as opposed to the parachutist formations that were air-dropped earlier) to hit the beaches at Normandy on D-Day, 6 June 1944. They then struck inland to relieve the isolated 82nd Airborne Division at Sainte-Mère-Église. 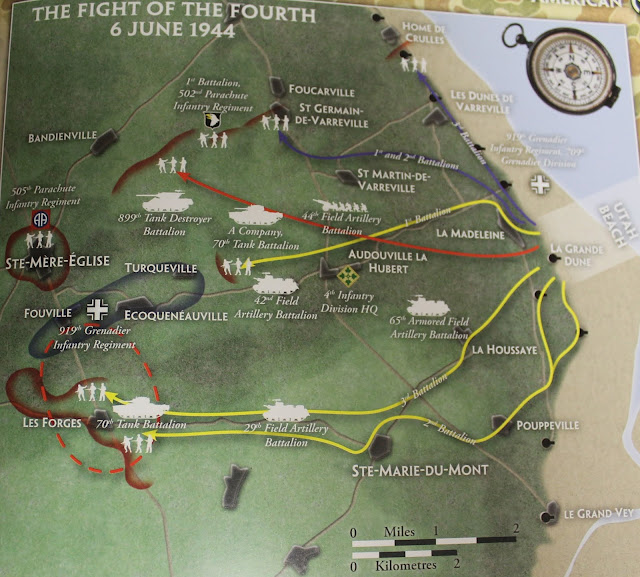 So the lead Rifle Company of the 8IR has advanced swiftly but tactically southwards...

with no opposition encountered at Audouville, but warned that Les Boches are occupying the next village inland, Ecoqueneauville, just a few more miles through the tortuous Bocage country...

Our game will follow the 8IR as they combat the 919th Grenadier Regiment around Ecoqueneauville, using the No Retreat mission. 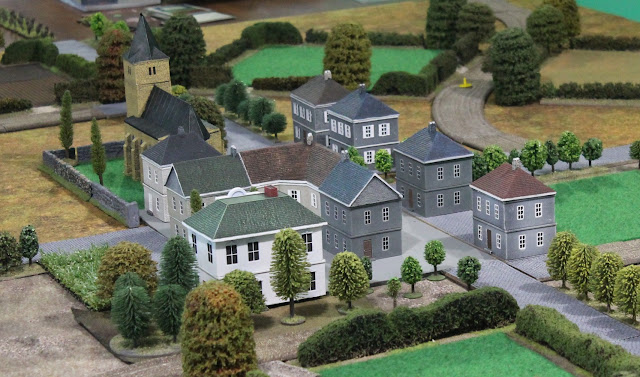 The lead Rifle Company has been suitable beefed up: 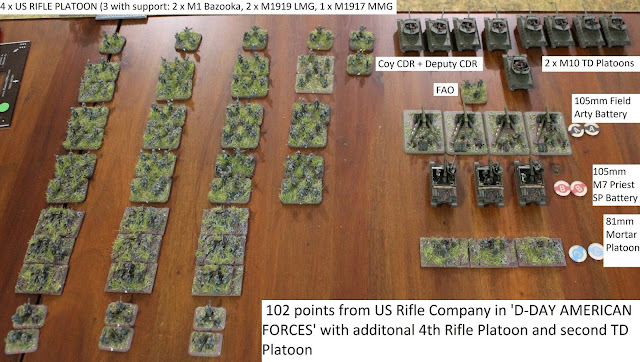 The Company Commander, escorted by his FAO,

and the Tank Destroyer's XO, 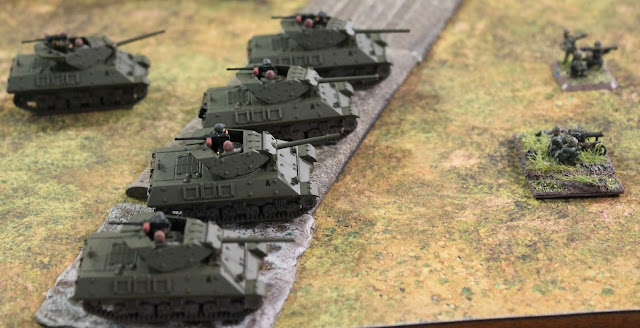 have conducted a quick recce of the approaches to the town...

and made their combat appreciation, having weighed up the course open to them.

Their cunning plan: advance up both flanks and see what happens! 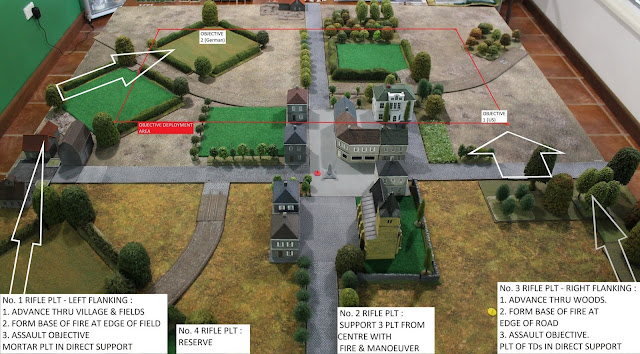 Being Americans, they have a generous fireplan to help out with indirect firepower: 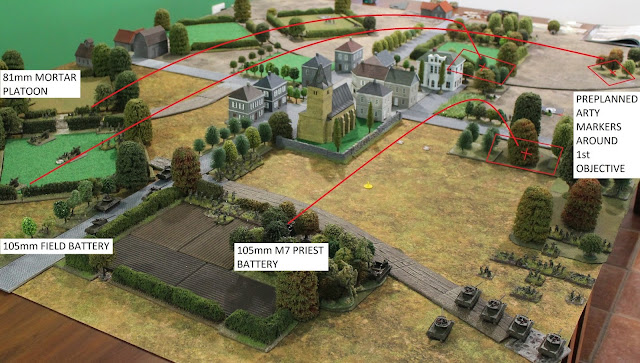 But in the end, as it always does, it'll come down to the ordinary ole line Joes to get the job done! 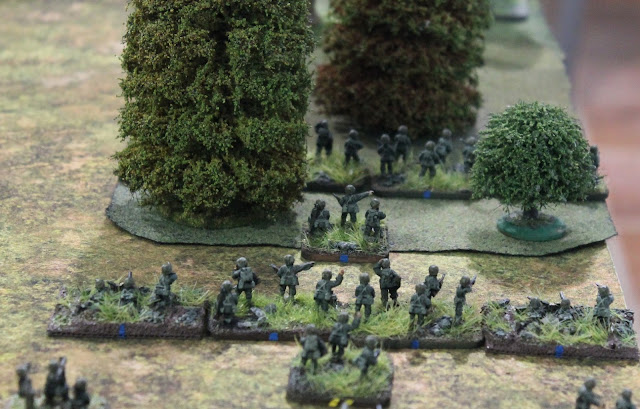 For their part, the dought defenders of the Wehrmacht's 919th Grenadier Regiment
are also unusually well supported:

And they have had ample time to prepare a plan, lay minefields on all the key road junctions, and dig in:

With the 120mm mortars in reserve, the pre-planned fire plan is somewhat simpler than the US one, but with a salvo sized template, none the less worth having: 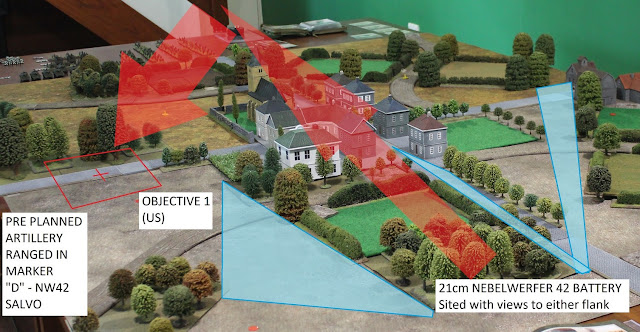 The Grenadier Platoon are well dug into the hard earthen banks of the bocage around the 2nd Objective: 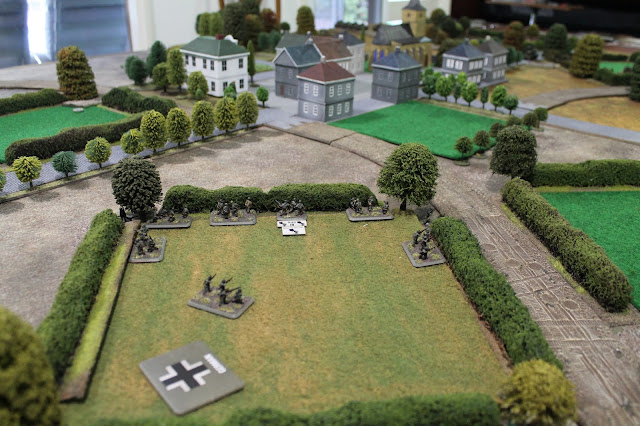 Leaving the SF MG platoon to be the first unpleasant surprise covering the 1st Objective: 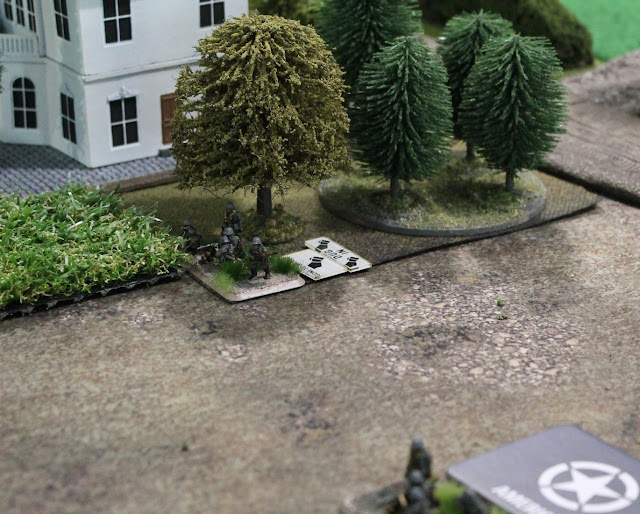 Or perhaps first blood will be drawn by the PaK40s lying in ambush:

Join us next time on D-Day Dusk to find out - Part 2: Advance to Contact! 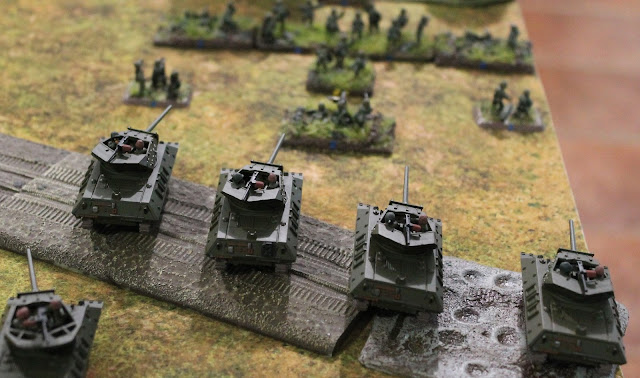