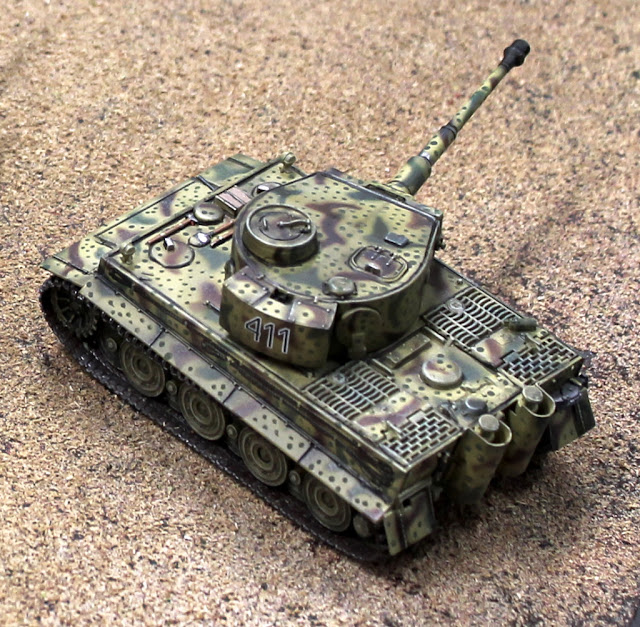 Sometimes we tinker with historical scenarios at our peril!﻿ 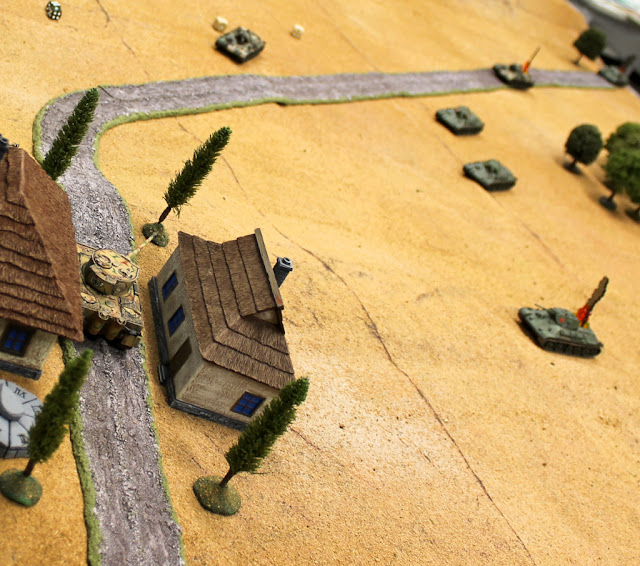 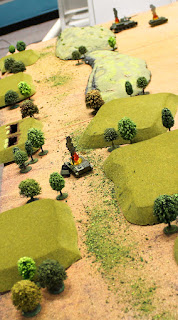 Take last Thursday's Battle Group Kursk game at the uni - I wanted to recreate the ambush of an entire Soviet Tank Corps by 18 Tigers of the 505th Heavy Tank Bn....A historical outcome should have resulted in a table littered with burnt out T34s and T70s, with the half dozen Tigers barely getting their paint burnt. On the actual day, 6th July 1943 - Day 2 of Operation CITADEL- the 505th destroyed 69 tanks of the 16th Tank Corps at no loss to themselves, albeit with artillery support. However, our game did not replicate this wanton slaughter in anyway! And I can't even blame John's tactical expertise, old soldier though he may be, nor his gift of apparently having the dice Gods at his beck and call! 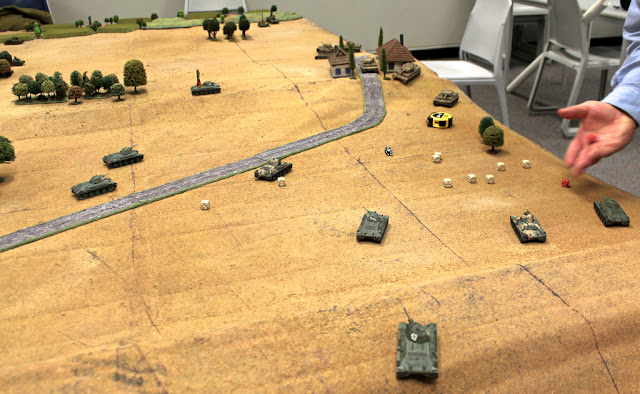 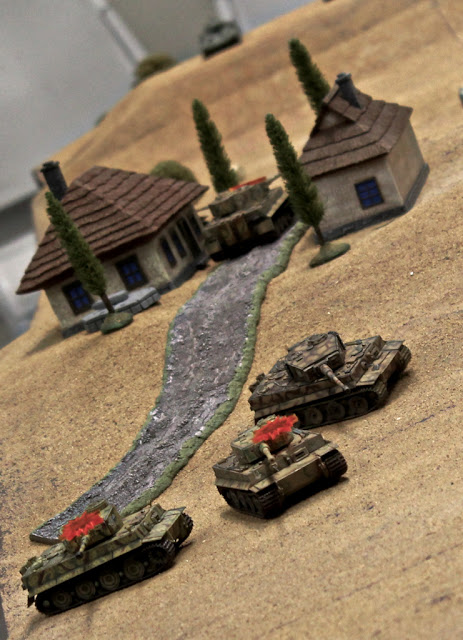 No, the reason was I tried to turn it into a balanced scenario, and clearly got it wrong. So instead of a one sided, but historical game, we actually ended up with an interesting and thought provoking evening's play that seemed to get the most out of the Battle Group rules, although we did not have any infantry on the table.

Some say that the ability of a much weakly gunned tank to temporarily neutralise - pin - a much more heavily armoured opponent is unrealistic.
And it certainly feels odd for your fearsome Tiger to be pinned by the 45mm gun of a T70! But I simply don't have a problem with it - after all, after capturing an intact Tiger in late 1942, the Soviets went to a lot of time and trouble to research and train their troops in how to score immobilising or disorientating hits on Tigers by aiming at the running gear, periscopes etc. And you do need a 6D6 to achieve a pinning hit, so its not happening all the time. 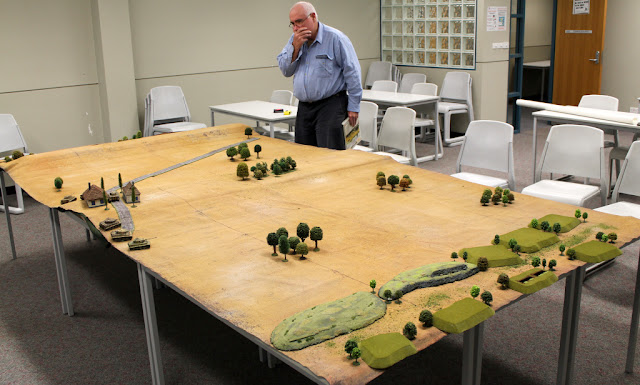 No, the problem with the scenario was how I had interpreted the terrain. Unable to obtain specific information about the ground over which this ambush was sprung, other than that it happened 2-3 klicks due south of Podsoborovka, halfway between the village and Hill 274, I decided to give the Soviets a chance by providing some lateral dead ground and a balka on each flank of the village, this giving a choice of covered approaches to the attacker.
I suspect that, even if such dead ground had been available, the tankers of the 107th Tank Brigade, rushed in to seal the gap in the line the 505th had caused the previous day, had not had time to scout approaches and were not expecting to meet the 505th so far south, hence the devastating ambush... 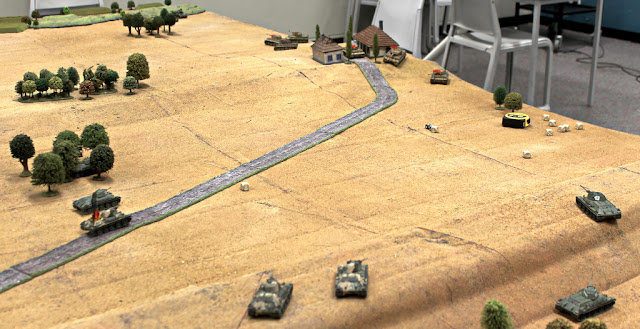 As it was, John made good use of both the balka and the dead ground to get up close and then lay down heavy pinning fire at medium range from hull down positions...Whilst enough of a credible force survived the artillery gauntlet in the balka to emerge and keep half the Tigers pinned on the other flank:

The constant need to draw Battle Rating Chits to unpin Tigers was slowly but steadily whittling down the 505th's Battlegroup rating...So that at the crisis of the battle, when the T34's were out in the open and closing at medium to close range and the Tigers were just starting to exact a toll....

My Battlegroup rating fell below zero and the company had to withdraw... 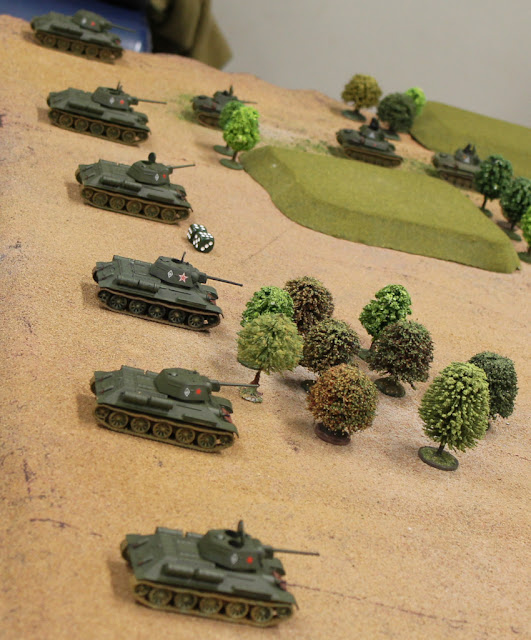 If you feel challenged to produce a better scenario of this ambush, or just get hold of a damn good read anyway, may I recommend Colonel Chris Wilbeck's Sledgehammers: Strengths and flaws of Tiger Tank Battalions in WW2, published by The Aberjona Press, USA 2004.