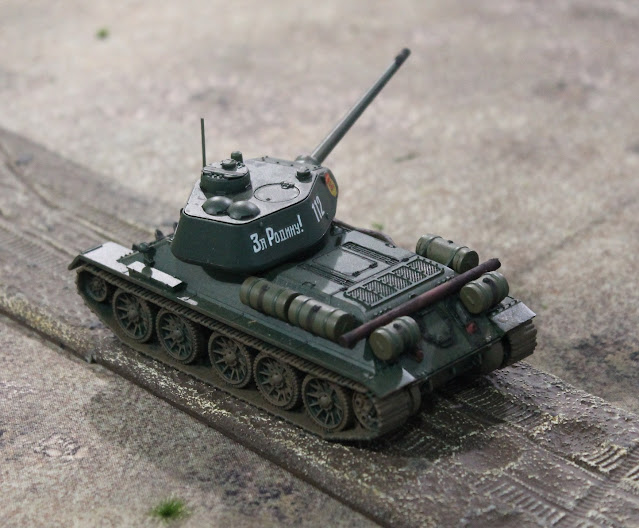 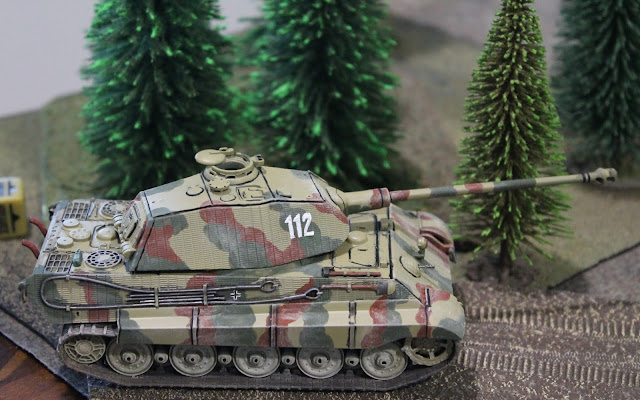 Its a challenge to set a balanced scenario whilst reflecting the huge offensive-defensive imbalance on the Eastern Front in '44-45. 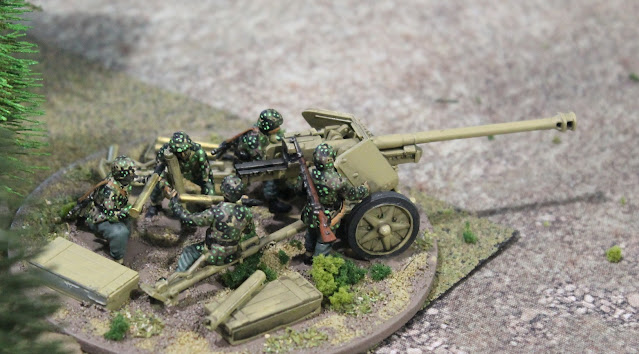 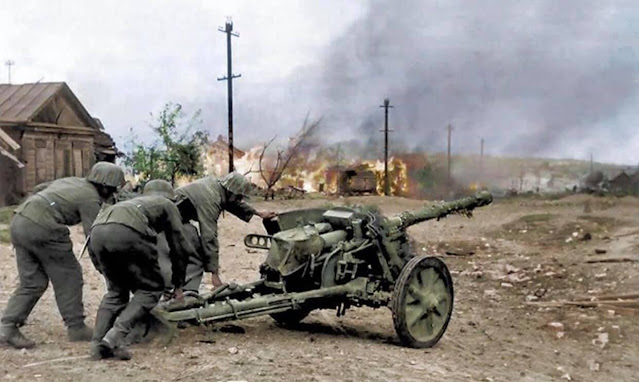 and Luftwaffe Flak 36 involuntarily serving in the ground defence role. 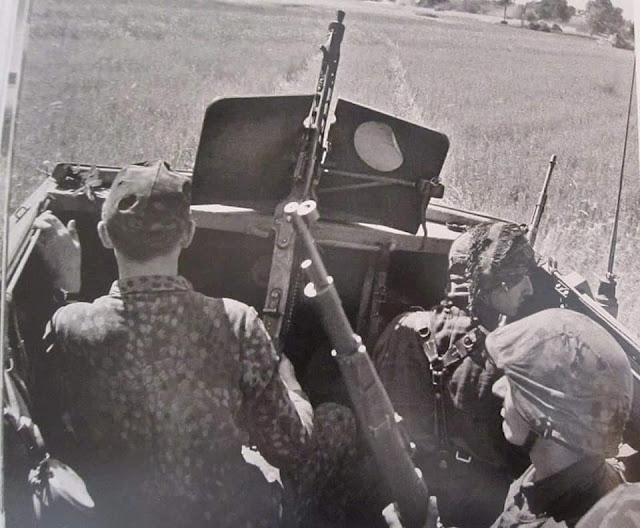 The handful of German infantry was mechanized and liberally provided with Panzerfausts. 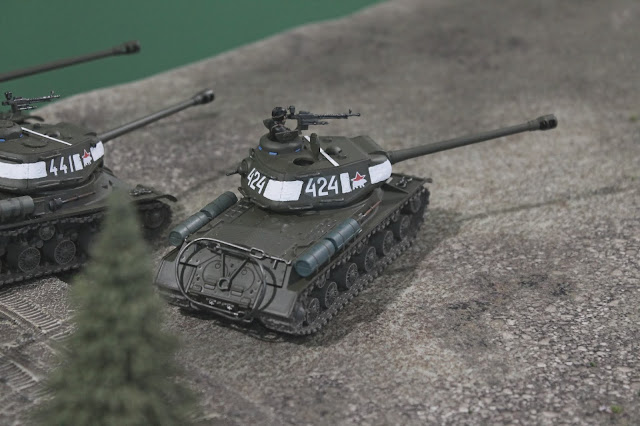 The Red Army attackers, with 3 x IS2s and 6 x T-34-85s, all inexperienced, and having outdistanced their Motor Rifles, had approx 1900 points. 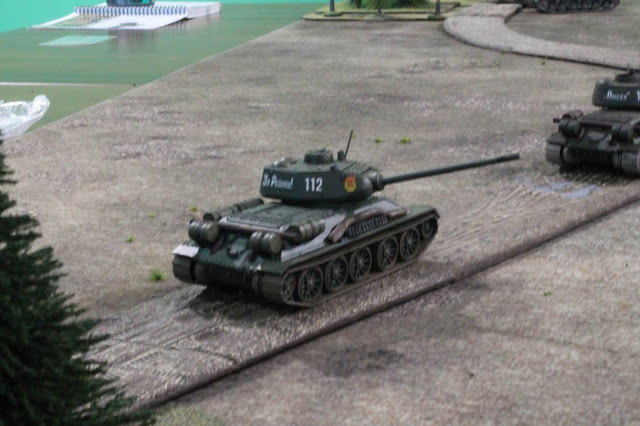 The catch was, all movement was largely confined to the road and track network, which obviously channelled the Red Army advance... 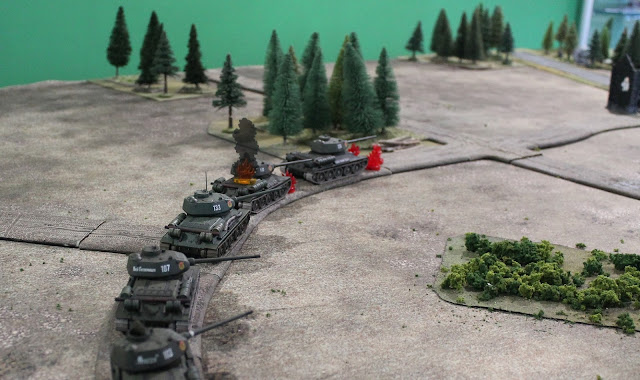 Whereas the defenders had enough time to position their fields of fire from covered positions. 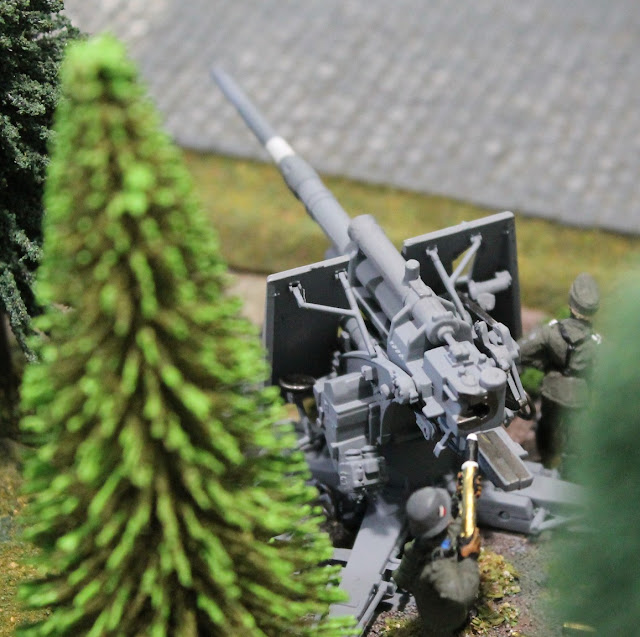 And allowed the infantry to infiltrate forward within Panzerschreck range... 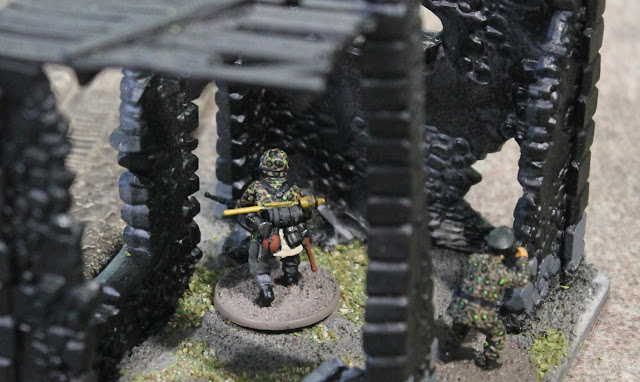 They say a short game is a quick one - well then this one was excellent! With the IS2s struggling to get into the game through the flooded fields, the T34s sped forward on their own - right into the German kill sack! 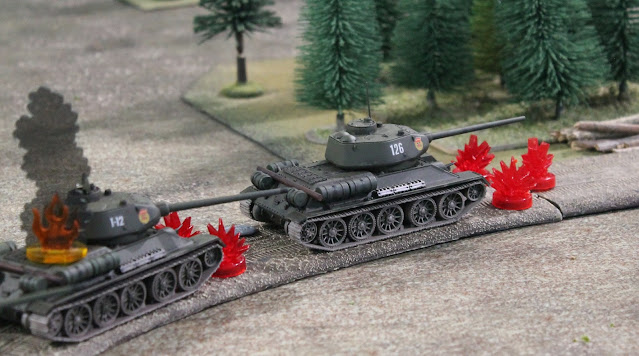 I suspect I need to revisit this scenario once I have some Soviet dismounts and artillery painted up!
Posted by Sparker at 17:38
Email ThisBlogThis!Share to TwitterShare to FacebookShare to Pinterest
Labels: Bolt Action