I've previously blogged about my delight at the burgeoning Victrix 1:144th scale WW2 range. https://www.victrixlimited.com/collections/victrix-games As hurriedly as I painted them, I'm still very happy with the my finish and painting of the vehicles that are being brought out.

With this scale, the decider for many people is the quality of the infantry figures. Well I've now painted up a few Brits and Germans, and I'm also very happy with them, although not so happy with my attempts to catch them on camera! 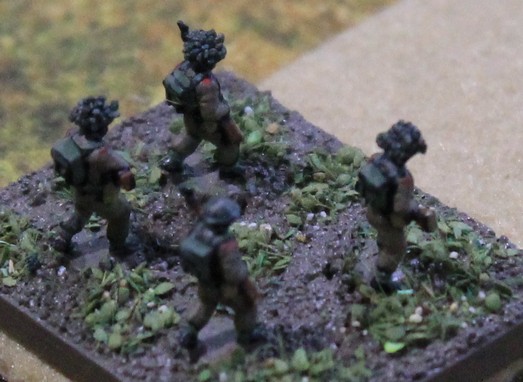 Spot the infantry squad in the picture below!

I suspect this scale will come into its own for me when I retire, and thus with downsizing, lose the incredibly privileged wargaming complex I now enjoy, and have to content myself with a 6 x 4 table.

Retirement still a few years away, my progress in this scale has been slow, since the Victrix range is expanding slowly, not surprising given the current Covid climate! 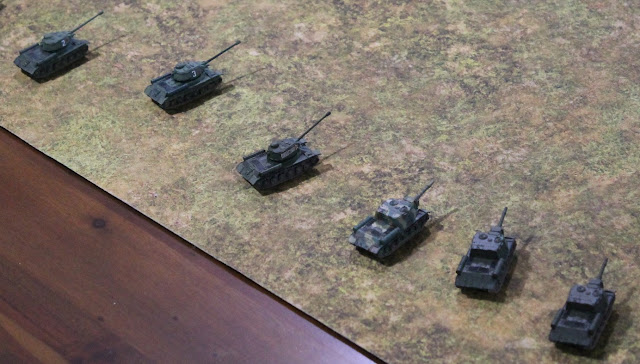 However my good friend Stephen incredibly generously sent me over from Canada his entire collection of 1:144 scale minis from the Dragon Mini Armour series. 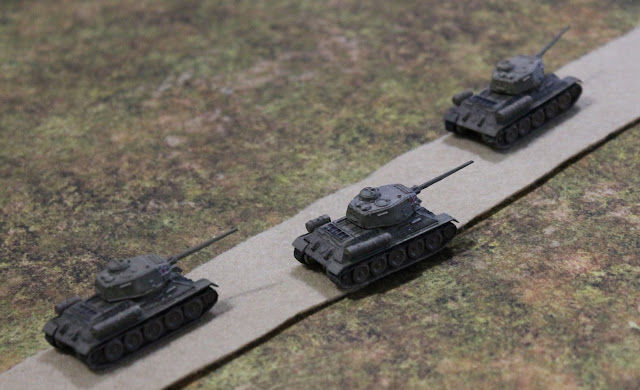 This has obviously reanimated my interest, particularly since he sent over a lot of Russian AFV's, unlikely to be released by Victrix anytime soon..

Aside from the downsizing imperative, I think this scale anyhow lends itself to recreating titanic struggles fought over the wide open spaces: the steppes of Western Russian and the Ukraine, and the Western Desert.

And this is where this particular scale really comes into its own - just about large enough to be photogenic and have impact on the table, yet allow a real sense of distance and long range armoured engagements... 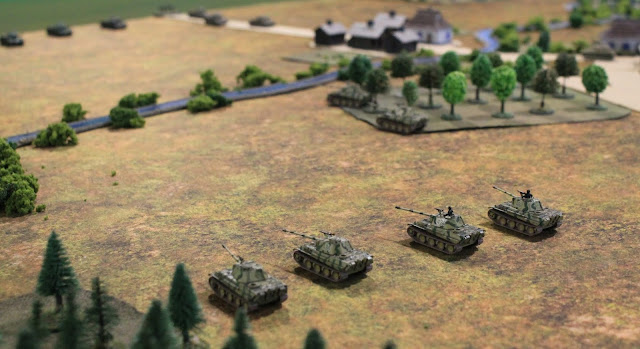 I'm still in a quandary over basing though - two of these scale AFVs fit nicely on a playing card size base for Rommel operational scale battles...

But that would hamper using the same models for Flames of War. I suppose at this scale they are cheap enough to double up - especially when they come pre-painted and free - thanks again Stephen!
Posted by Sparker at 23:52
Email ThisBlogThis!Share to TwitterShare to FacebookShare to Pinterest