Flames of War - The Battle of Paderborn

Battle of Paderborn – Clash of the Heavyweights? 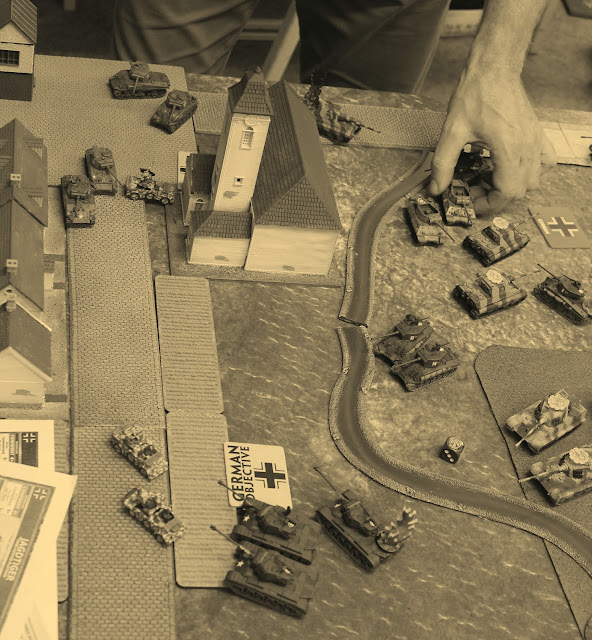 Was there ever a battle between Jagdtigers, Tiger IIs and Pershings? Well, maybe, if we take a few liberties… 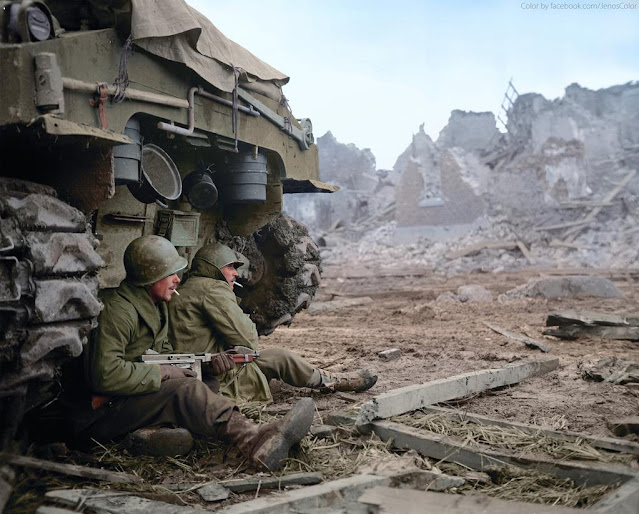 Towards the end of March 1945 units of the American XIX Corps, including 3rd Armored Division and the 703rd Tank Destroyer Battalion were advancing towards PADERBORN. 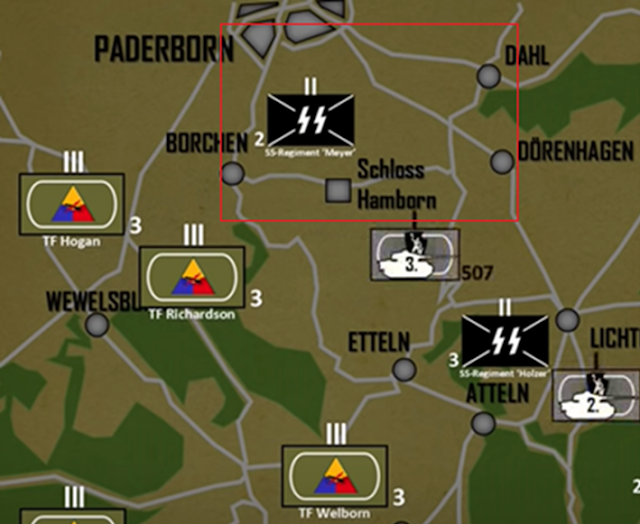 'At PADERBORN, the 3rd Armored Division was striking at the "Fort Knox of Germany." Here the Reich's panzer elements were trained for battle and it was these school troops, many of them officer candidates, who came out to fight the American spearhead with tanks, tank-destroyers, and the big bazookas which seemed to be Germany's last, potent weapon of defense. The school troops of Paderborn fought well, but the grindstone of battle was wearing Germany thin'. 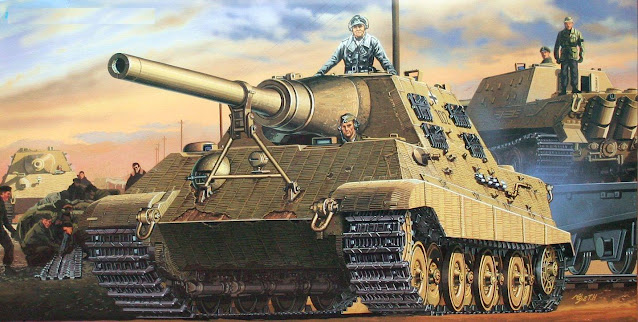 'The Germans assembled as many armoured units as they could to try and fend off the attack. One of these was an improvised unit called Panzergruppe Paderborn manned by instructors and equipped with an assortment of vehicles from test units, including Tiger Is, Tiger IIs, Panthers and even an old Panzer III. It is unclear whether the RAC Tank Museum’s Jagdtiger was also a part of this force, or whether it took any part in the fighting. Fighting around PADERBORN continued for around a week'.

“About five miles north of Etteln, Welborn turned north…to pass the wooded hill of Castle Hamborn and then arrowed straight to Paderborn. That less obvious route might let the US column wriggle through between these various Waffen SS panzerfaust nests….TF Welborn’s lead vehicle, the powerful T26E3 Pershing, made the pivot to head north. It was a little after 7:00pm, last light.

The German 88mm Tiger cannons belted the fifth Sherman tank in line, the one that hadn’t turned north yet. They nailed the big Pershing…The Tigers engaged from about 900 yards away. As usual, the German gunners shot until they saw flames. They ventilated seven Shermans…TF Welborn was in big trouble.” 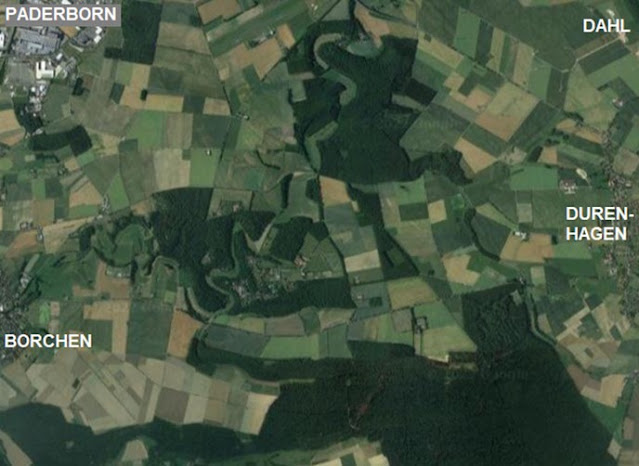 MISSION Two of three objectives are to be held by the US attackers by end of turn 6 or 9:30PM. 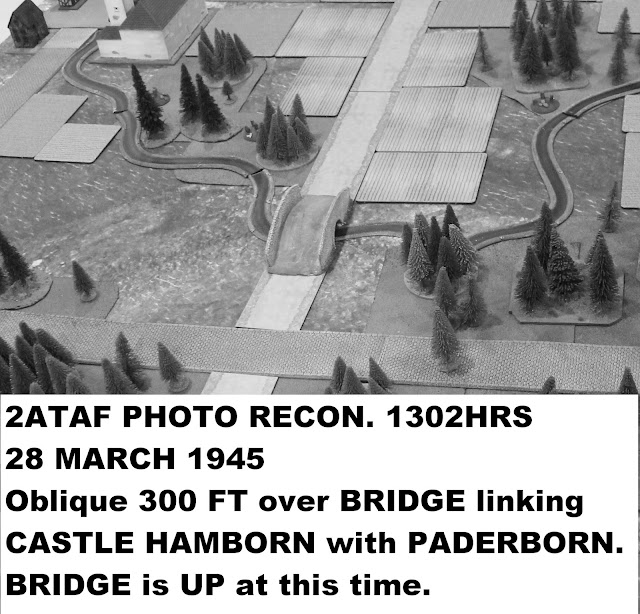 The south western approach to PADERBORN is a shallow, heavily coniferous wooded valley of the Ellerbach stream. (Cross check required). It is bordered by conurbations of BORCHEN, DAHL and DURENHAGEN, all undamaged. Road net is good. German deployment area is their half of the table (2 foot). US deployment area is one foot from their table edge.

Germans deploy all of their platoons, then US.

US Air arrives on 4D6 roll, each TF may roll, but only 1 flight per turn. German AA may deploy out of command.

TIME OF DAY – DUSK. (Night may fall from defenders’ Turn 3) 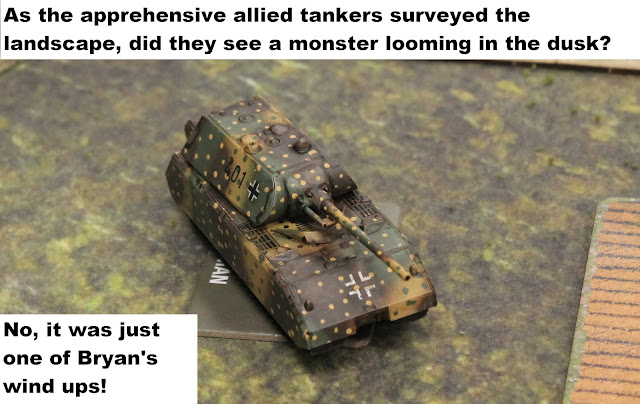 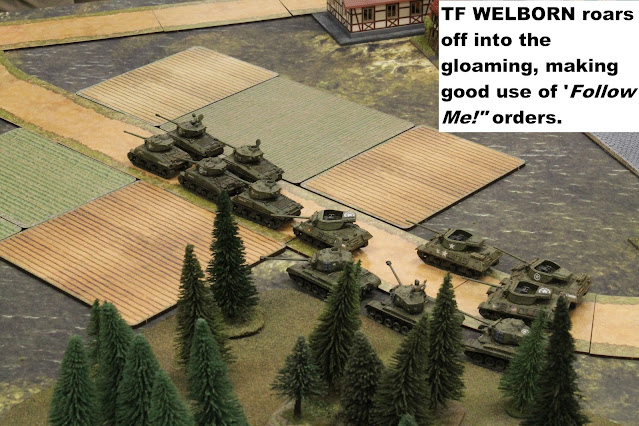 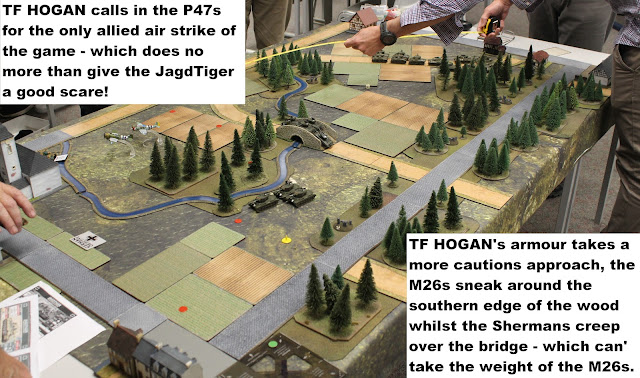 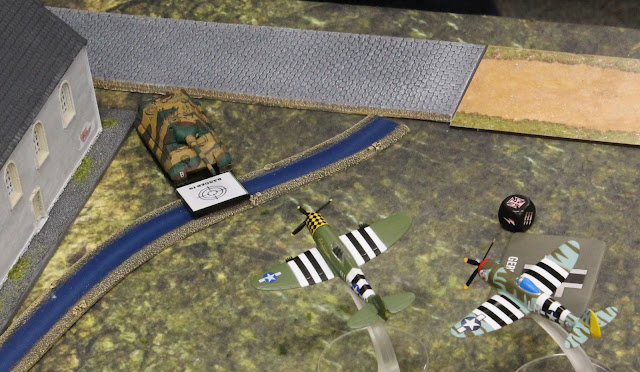 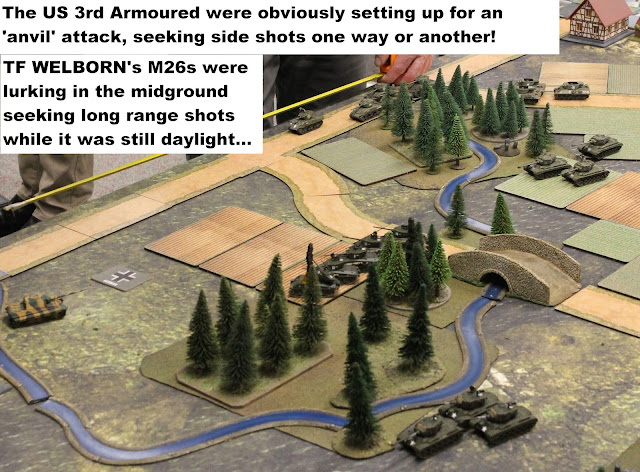 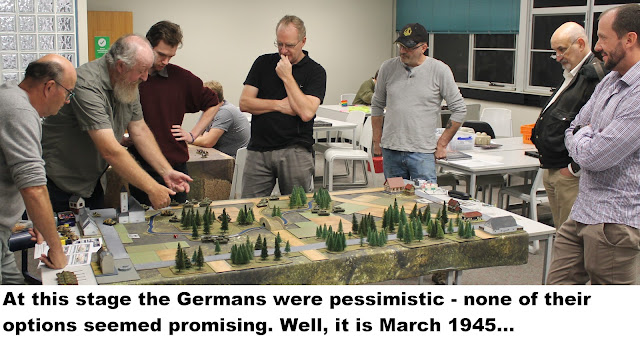 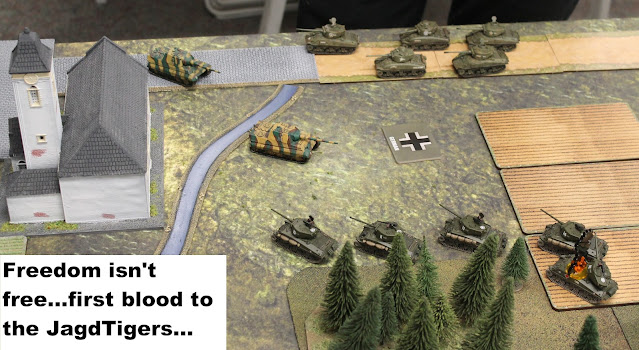 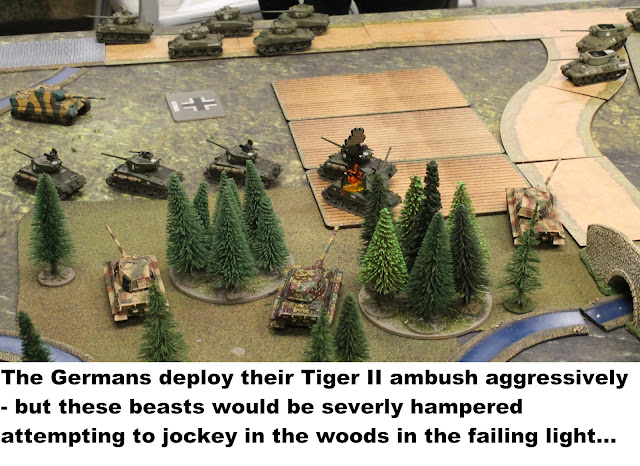 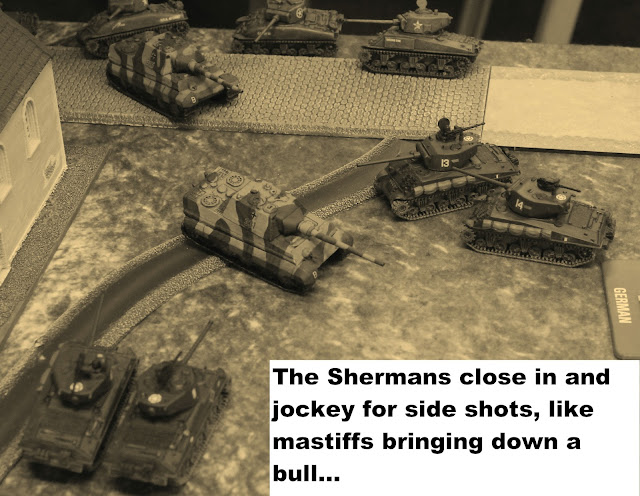 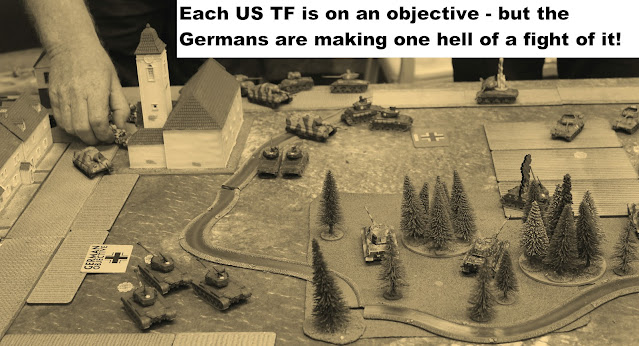 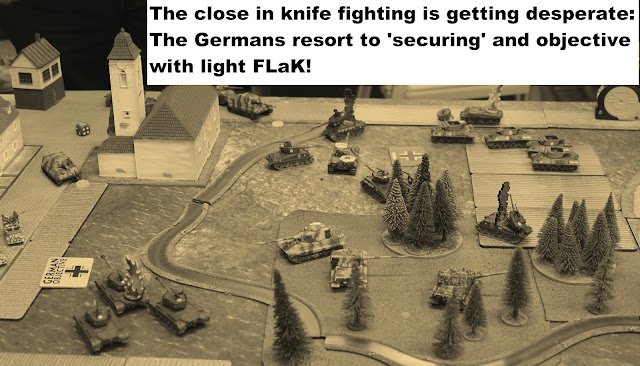 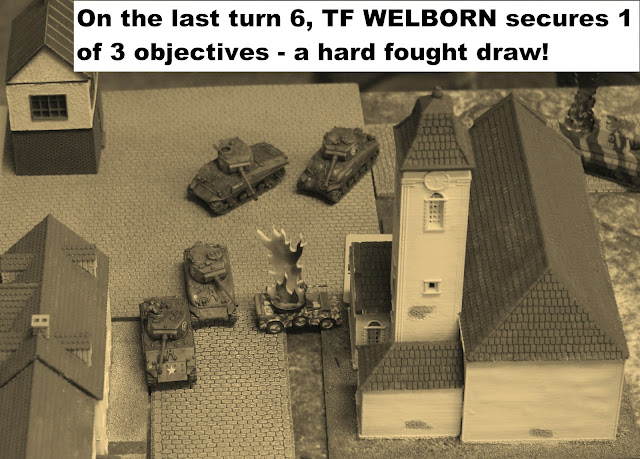 Posted by Sparker at 18:28
Email ThisBlogThis!Share to TwitterShare to FacebookShare to Pinterest
Labels: Flames of War