On Thursday it was a small group of uni players who met to refight Sidi Rezegh, 22nd November 1941, using Blitzkreig Commander rules and a scenario of Peters' devising. He has an ample collection of 1/285th Desert War models, vehicles and guns from GHQ, figures from Adler. 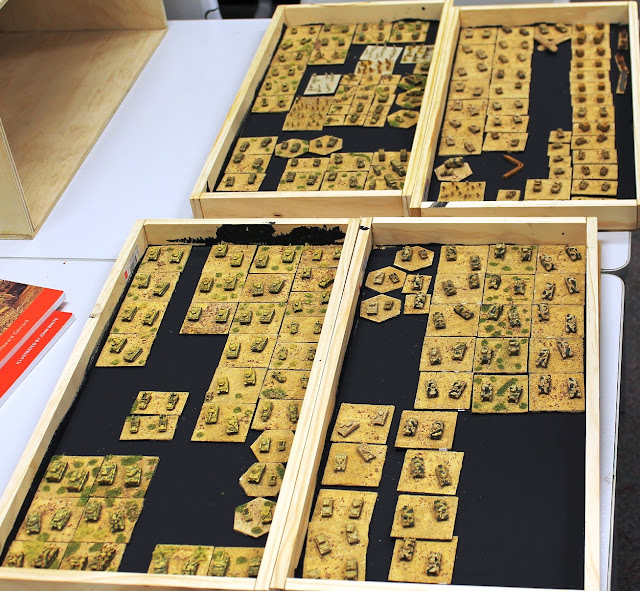 Peter has been working hard to balance this scenario from our earlier game to provide a historical refight, and by accident or design our game really played out historically, at least from the accounts I have read of the 22nd's fighting. 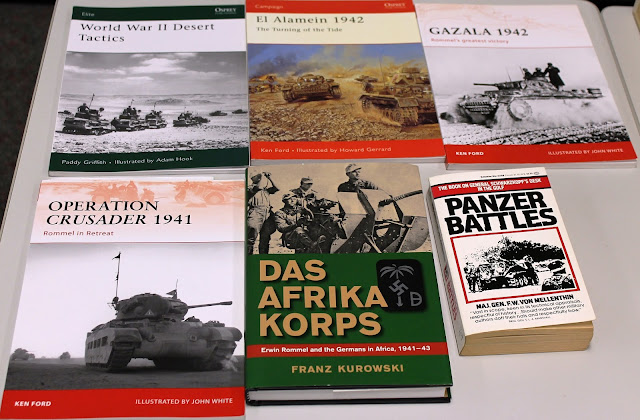 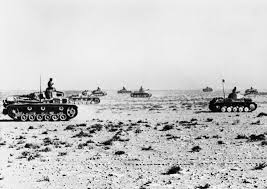 Von Mellenthin in particular recommended the study of the swirling and destructive actions around Sidi Rezegh, which he characterises as having a unique place in the history of war: "We are likely to learn far more from these great 'manoeuver battles' of the desert, than from the later campaigns of the war in which the issue was decided by weight of numbers and weapons'. (Panzer Battles, opening of chapter 5: Sidi Rezegh.) He was serving as the SO1 G2 for the Afrika Korps at the time.


Certainly the battle, or battles, have gone down in Commonwealth military legend, as Kiwis, South Africans as well as Brits were involved in this epic struggle to relive the Aussies besieged in Tobruk.﻿


Kaptain Kobold, took command of the 2nd Panzer Company, whilst I retained the use of the 1st Panzer company and the sappers and guns of the Kampfgruppe. 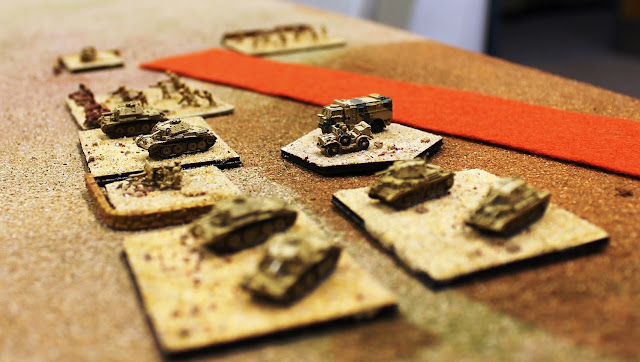 A much more potent force however, consisted of the Crusaders of the Royal Gloucester Hussars, and the 3rd and 4th City of London Yeomanry: 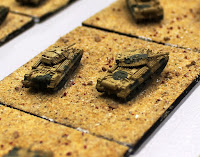 These were initially situated off table, and would represent the arrival to the rescue of the 22 Armoured Brigade from the south. Thus these would need a successful command roll to deploy on the table edge opposite the airfield. 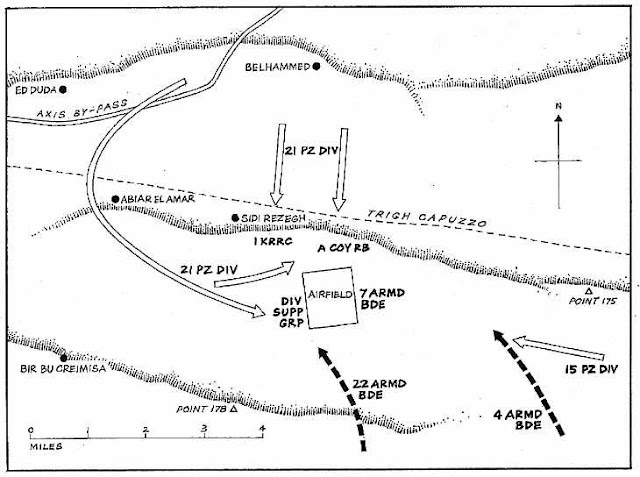 However, unlike the original German plan, I wanted to take care of 22nd Armoured Division first before worrying too much about the piddly 2 pounders and elderly Cruisers around the airfield. We did split 5 Panzer regiment, but with the objective of engaging 22nd Bde in a crossfire rather than the airfield....We duly advanced to contact, with some very encouraging command rolls allowing a fast pace across the frigid desert wastes...

The anti tank guns of KG Stepan, both 88 Flaks and PAK 38s, were soon picking off the British armour at long range... 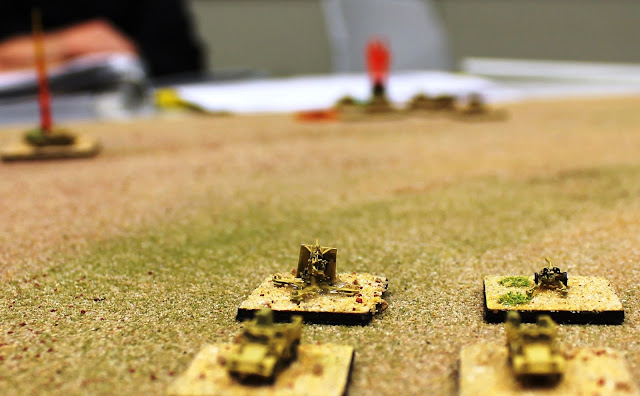 Whilst our armour jockeyed into a nice enfilading position...﻿ 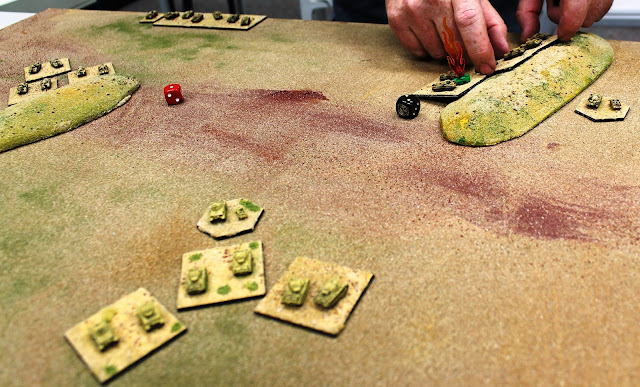 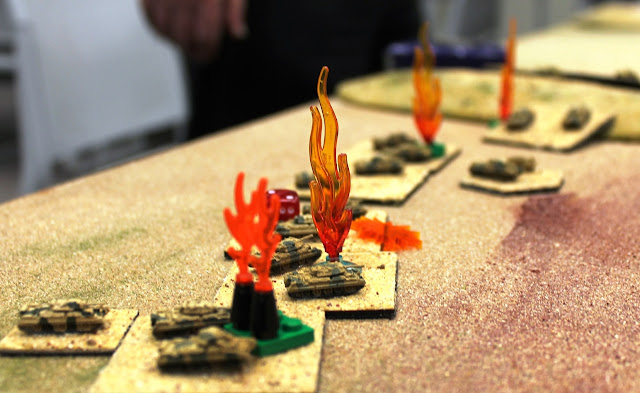 Meanwhile back at the airfield, the Brits, fed up with being picked off slowly by the DAK AT guns, decided that an old school cavalry charge with elderly cruiser tanks against deployed 88s would be the go...But it wasn't....﻿ 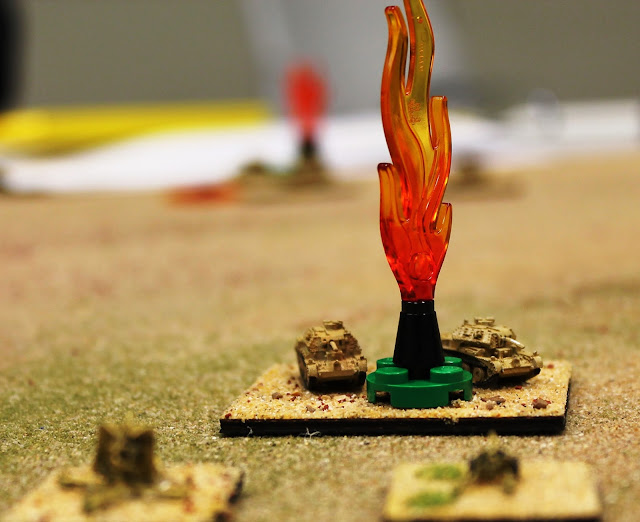 ﻿
However at this stage, rapidly running out of targets for panzers, I got cocky and, in deciding to redeploy them even closer to the 22nd Armoured, went for a unnecessarily complex manoeuvre behind my AT screen, totally forgetting about those puny 2 pounders dotted around the airfield to my rear... 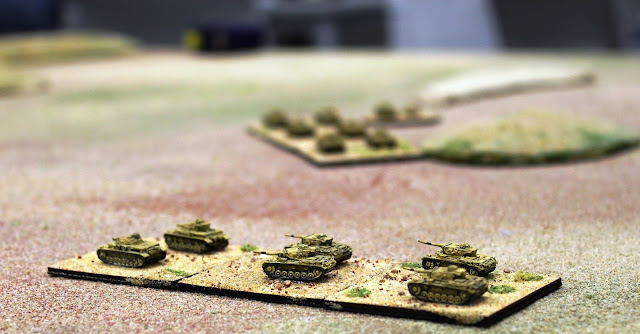 And it was my turn to take incoming AT fire...Even a 2 Pounder can punish a Pz III when firing at its rear at close range...

None the less, whilst I was blundering, Kaptain Kobold had finished off any remaining runners from the 22nd Armoured Bde, and whilst the airfield defences were untouched, both British armoured brigades were destroyed and we called time. 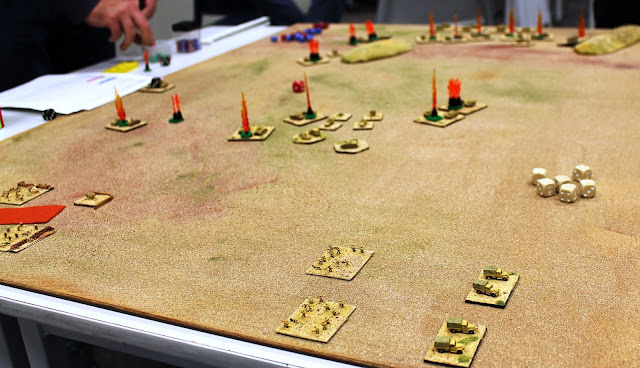 Another blog of this game can be found on Kaptain Kobold's blog site: http://hordesofthethings.blogspot.com.au/2015/07/action-at-sidi-rezegh.html

Thanks to Peter for coming up with a great scenario that really brought out the flavour of the pell-mell actions around Sidi Rezegh on the 22nd November - German 'sword and shield' tactics with a deadly combination of AT guns and Panzers, and we even had a doomed cavalry style charge onto the German AT screen, as well as the disorientation and confusion of blundering too far North into the airfield defences when redeploying. A great game, and a battle I recommend to anyone to investigate. 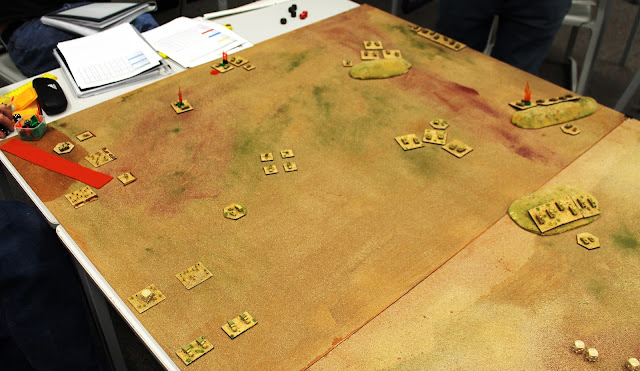 ﻿
Posted by Sparker at 03:08
Email ThisBlogThis!Share to TwitterShare to FacebookShare to Pinterest